The history of coal in the modern-day Bering coal basin began in 1886 when clipper «Kreiser» arrived there to explore the shores of the Gulf of Anadyr during its term in the Far East.

On August 26, Captain Alexey Appolonovich Ostolopov made an entry in his logbook:
«At half past twelve in the afternoon, we saw a large bay. When I approached it from the north, I saw the heights via a very steep cape, resembling coal beds».

The name «Ugolnaya Bay» first appeared on maps in 1901.

Geological exploration of the Ugolnaya Bay deposit began in 1933. The expedition of 1935 consisted of 28 men, who built three residential houses and household outbuildings. By the summer of 1940, more than two hundred wells were drilled in the coal field. Based on the exploration results, the plan of mines with a port was developed. Soon, the «Bukhtugol» mine was established for which, in a short time, a temporary power station, temporary berth, and coal warehouse were built, with a settlement founded on the shore.

At the beginning of August 1941, when the whole country united in its fight against Germany, 176 people arrived at Ugolnaya Bay on two ships, they were the first settlers from Vladivostok, including miners and builders, who built barracks on the bay shore, thus starting the settlement of Beringovsky.

Geologist Gennady Fandyushkin shared: «From 1937 to 1939, Soviet geologists drilled wells, built tunnels, took samples of coal at Amaam and even counted the Amaam’s reserves for book-keeping purposes. However, the coal was recognized as low-quality long-flame, grade «D» coal – not much to talk about. The works at Amaam were stopped, however, the Ugolnaya Bay mine kept its operation and produced solid fuel for the ships of the Navy Pacific Fleet. At Amaam North work was not carried out at all, but the locals did report on coal beds on the surface».

1971
year
Amaam coal was removed from the balance

In 1970, the Chukotka Exploration Party of the Ministry of Coal Industry was arranged. In 1971, Amaam coal was removed from the balance.

Geologist Gennady Alekseevich Fandyushkin worked in the Bering coal basin since 1975. Currently, one of the fields in Amaam North is named after him - «Project F.» Gennady Alekseevich made exploration trips, took samples of coal for analysis. It turned out that the coals were not long-flame coals, but rather coking and thermal coals. Fandyushkin defended his PhD thesis and, based on the field data, «made a forecast of three billion tonnes for three «areas»: Ugolnaya Bay, Amaam and Amaam North». After a successful defence, his thesis remained in the university library in Vladivostok.

In 2005, the interest in the coal from the Bering coal basin was redeveloped. Four businessmen, who previously exploited gas and lead-zinc deposits in West Siberia and Novaya Zemlya, were looking for the new geology projects. Private-funded North-Eastern Coal Company (STUK), headed by Leonid Pavlovich Skoptsov, was established. Its founders read Fandyushkin’s thesis, trusted his theory of the Bering coal basin and invited him to work at the company. In December 2006, STUK was granted the first license for the «Zapadny Lease» of the Amaam deposit.

The beginning was hard: geological students refused to go to Chukotka to mine coal; drilling rigs, URAL trucks, bulldozers, and crews were brought from Magadan; there was no mining and transport infrastructure. Throughout April 2008, STUK shipped supplies to Amaam: fuel and construction materials for the field camp - everything was privately funded by STUK. The same year, the economic crisis happened, and the work stopped for a year and a half, three of the four co-founders of STUK left the company. Skoptsov was looking for a buyer - Amaam required further investment. 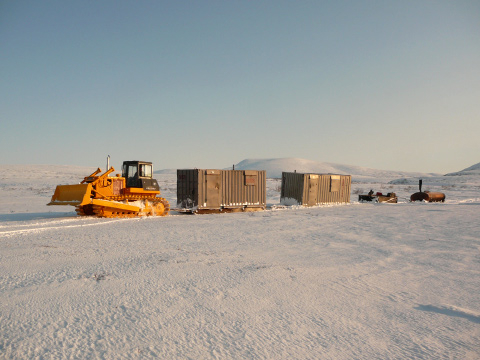 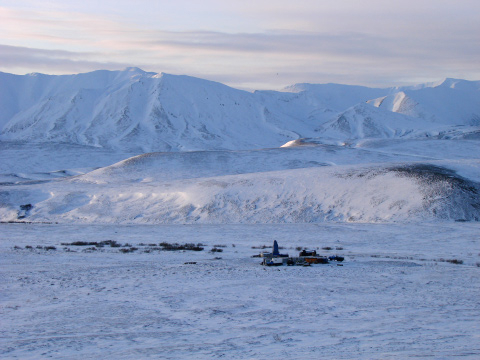 In 2009, the work at the Amaam deposit was resumed with the help of a contractor from Chelyabinsk – «Rosgeoekspertiza,» who developed the field till 2014.

In 2009, Australian BHP Billeton Group showed its interest in Amaam North coal deposit: they obtained a license, drilled wells and ... left the deposit.

In 2010, Australia-based Tigers Realm Coal Ltd (TIG) came to Russia and its CEO Peter Balka flew to Chukotka. In his interview to Information Analytical Agency «East Russia» in 2016, he explained how such a small company could survive the post-crisis period:

«We have strong support from our shareholders, they see that Tigers has one of the best coal-mining projects in the world. Moreover, besides the shareholders, there are other interested companies, who are ready to support us in this difficult time of low commodity prices ... However, the main «reserve of buoyancy» is provided by the exceptionally good asset that we have. After all, there is no such other project in the world where coking coal can be mined on the seashore in close proximity to the port!» 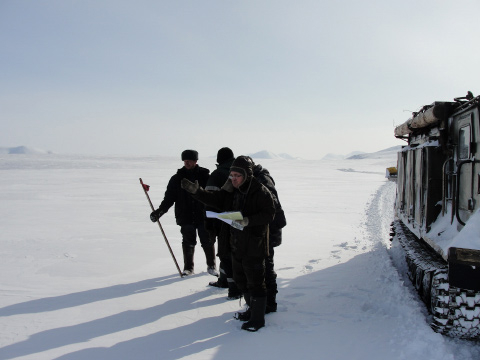 In 2011, TIG obtained a license for Amaam North and began the development of «Project F» field since it required less investment than Amaam. On December 27, 2011, the first 25 Mt of Amaam coal were put on the balance.